skip to main | skip to sidebar

because they're scattered all over the place at the moment, i've decided to start collecting all of my race times here [that i've run since getting into marathons], so here they are [only the full marathons are numbered]!

HOLY MACKEREL! i just did a search to dig up my palos verdes race results, and look what i found: http://www.athlinks.com/myresults.aspx?rid=17916497
i had no idea that site existed- it's obviously not a complete list [they actually left out the 2 most important races;)], but that would have saved me a _TON_ of time, if i'd ran that search earlier- how convenient!

later on, i might possibly do a list of reviews on them later, complete with weather, elevation, and overall speed of the course info:)

it never cease to amaze me how much of a city and the quality with which you get to know it, while training for marathons. i noticed it first while training for my first marathon in LA while living in the bastard [yet fantastic] area between the miracle mile, hancock park, and west hollywood [right near the grove]. long runs [10-21 milers] would take me as far east as downtown & hollywood, south to culver city, north up to the sunset strip + the hills, and west through beverly hills and into santa monica. here's one of my 13-mile routes from back then... 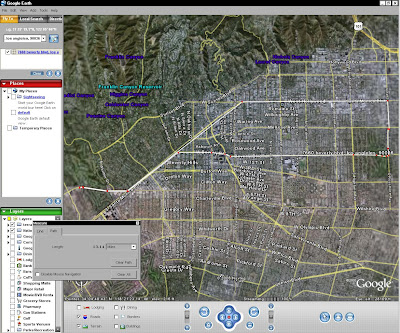 runs from work in santa monica would take me up into mailbu, and south down to venice.

and during our last year in the area, when we lived in hermosa beach [a runner's paradise], routes would run down through redondo beach into palos verdes, and up through manhattan beach, dockweiler, and into maraina del rey. here's one of my favorites... 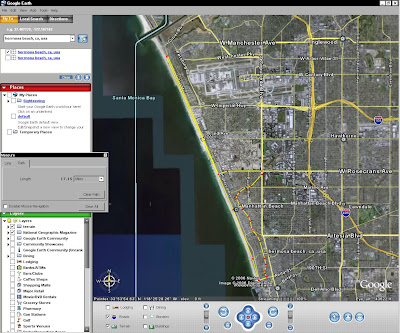 all while experiencing my surroundings so much more intimately than zipping through it on my way to work, or sitting in traffic stewing in frustration.

last week's long run was a bit unexpected. until the night before, i'd planned on drive up to the section of the burke gilman trail on the north end of lake washington, and take it southwest on par with most of my long runs consisting of 15+ miles, because of the relative flatness of the course. instead though, because we were short on time, and it really is a little silly to drive somewhere to run from [especially considering the distance], i decided to brave the hills of kirkland, juanita, and before veering left onto the burke gilman trail [jeez- i'd better hurry- i'm starting to bore even myself]. instead though, @ mile 7 [2.5 more to go before the turnaround] i took a right on the sammamish river trail [because i wanted to pass a couple runners just ahead of me (one of my favorite things about running, is racing against people that don't know i'm trying to beat them;))], heading east towards woodinville [see below]. 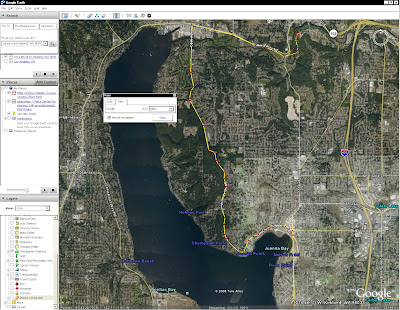 after a bit of an industrial section, it got downright beautiful- i was surrounded my overhanging trees before the trail headed under a tunnel and over a bridge high about the river, and back into more trees.

heh. so... i suppose my point is that i never would have seen that section of the city, let alone the world, if it hadn't been for my sunday long runs [and fantastic garmin GPS]. all else aside, the exploration factor itself is worth all the work that goes into marathon training- and, yes- even the hills.

in ~a month or so, jen and i will be moving to the west side of the lake- seattle proper [to be specific, i think they're calling it the "madison heights" neighborhood these days], and i just can't wait to see all the new scenery that yet another launch pad will provide.